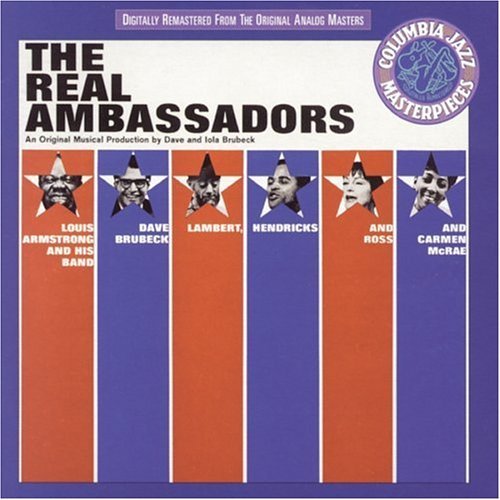 I have long believed, as have many before me, that peaceful relations between nations requires understanding and mutual respect between individuals. If only people will get together, then so eventually will nations.

We have to reinvent diplomacy in the age of democracy. We need more direct democracy, in particular through the form of e-democracy. Collective decision and deliberation in real time based on the participation of all citizens. We have seen initiatives in Europe in the last years, in Spain, in France, but much has yet to be done. We need more representativity, more transparency and more efficiency in passing legislation. Democracy always remains an unfinished work. We need more active citizenship to allow each member of our nations to feel recognized and useful for all. This means more vigilance when it comes to threats against individual freedoms. The citizen are the soul and body of democracy. There are no lively institutions without citizens. We need to develop the natural links of friendship between democratic and open societies by developing the principles of free circulation and work among those countries that feel akin. We need to develop relationships and exchanges even more with the rest of the world, because this is the way the influence of democracy will concretely progress, as it did in the countries of the Eastern Block in the 1970es and 1980es. We must receive more and more exchange students from Asia. There are already 200.000 Chinese students in America. We need more links  between think tanks to exchange views and ideas. In the long run, this is the best way to develop mutual understanding. It means also more cultural links, events, festivals to let our societies be better known abroad.

Dominique de Villepin, The Art of Intervention: Diplomacy and Deployment after Iraq, University of Chicago, 14 November 2014

There are really two varieties of globalisation: élite globalisation (which we oppose) and grassroots globalisation (which we promote). The top-down globalisation is characterised by a constant drive to maximise profits for globe-spanning corporations. It forces countries to ‘open up’ their national economies to large corporations, reduce social services, privatise state functions, deregulate the economy, be ‘efficient’ and competitive, and submit everything and everyone to the rule of ‘market forces’. Because markets move resources only in the direction of those with money, social inequality has reached grotesque levels… But there is another kind of globalisation that centres on life values: protecting human rights and the environment. Grassroots globalisation comprises many large and growing movements: the fair trade movement, micro-enterprise lending networks, the movement for social and ecological labelling, sister cities and sister schools, citizen diplomacy, trade union solidarity across borders, worker-owned co-ops, international family farm networks, and many others.

Climate change is, unfortunately, perceived as the least of our worries (MYWorld 2015 – United Nations Survey)

We are headed for a Grand Solar Minimum (Sun Flatlining Into Grand Minimum, Says Solar Physicist, Forbes, 20 January 2014), which will have unpleasant consequences, such as a mini Ice Age comparable to the Maunder Minimum (1645 through 1715), a.k.a. the “Little Ice Age” (Northern Europe and the coming climate refugees crisis, FuturAbles, 13 October 2014).

If we add to that the ongoing West-East financial war (After the Crash – rules will be set by those who control the gold, FuturAbles, 20 December 2014; China’s Marshall Plan: All Silk Roads Lead to Beijing? World Politics Review, 9 December 2014), and an increasing whistleblowing activism (The Three Leakers and What to Do About Them, The New York Review of Books, 6 February 2014; Hacking and whistleblowing: the new crack cocaine of activism, Le Monde Diplomatique, February 2013; Japanese activist challenges secrets law with whistleblower tool, Reuters, 19 December 2014), it’s easy to predict a time of widespread social unrest against an athrophied, greedy, authoritarian and outmoded system, a time of radical actions and incessant calls for creative solutions to the human plight (The time of world revolution is drawing near (social forecasting: winter 2014-2015), FuturAbles, 20 November 2014).

This can then be a time for greater universal truths to be revealed, a time for accelerated radical change, sudden evolutionary progress (The first human revolution and creative explosion – a prelude to another possible Great Leap Forward? WazArs, 24 October 2014; From a sociopathic civilisation to a socio-therapeutic civilization,WazArs, 15 October 2014; For a New World Order to live well, one in which WazArs would flourish, WazArs, 2 October 2014). 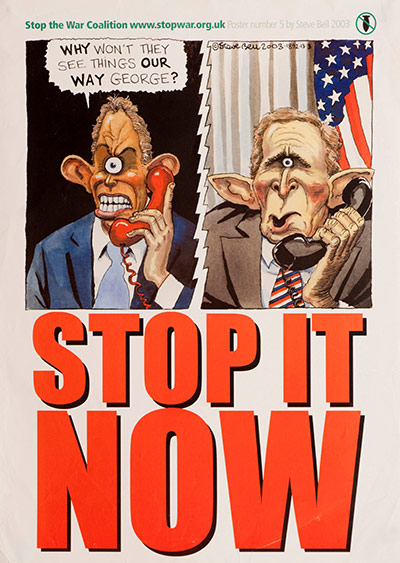 If we could manage to become more cooperative, tactful, trusting, sympathetic, accepting, then a New Golden Age would be at reach, a spontaneous progression from the Fall (The Fall of Troy), moving towards the reclaiming of our righteous station (King of Ithaca), through a hero’s journey (Odyssey), overcoming terrible challenges (Cyclops, i.e psychopaths/sociopaths), and learning wiser ways (Phaeacians).

The Phaeacians, just as the gods on Olympus, the Ethiopians and the Hyperboreans, lived in unfailing abundance (Odyssey 7.98–99). In Alcinous’ orchard grew tall and luxuriant trees, pears, pomegranates and apple trees, with their fruit, sweet figs and luxuriant olives. These fruits never perished, nor failed in winter or summer, but lasted throughout the year. […]. They also engage in the less hazardous and less prestigious branches of athletics as their principal occupations. Their fondness for games reflects their removal from real human pain. They shun boxing or wrestling when Odysseus challenges them and prefer the footrace, the dance, the lyre and still softer comforts such as warm baths and bed (Odyssey 8.206, 246–249, 253). In general, they have a carefree heart, as well as the easy and peaceful life found in a mythical utopia (Odyssey 6.201ff and 270ff).

On December 9, a Chinese freight train which had travelled 13,000 km, safely arrived in Madrid, 21 days after leaving a coastal city 300 kilometers south of Shanghai.

It brought to Spain toys and cutlery and, next year in January, it will return to China carrying wine, olive oil and ham.

This is the New Silk Road, the world longest train journey (We are all connected. Then and now, WazArs, 16 November 2014):

The Yiwu-Madrid route across Eurasia represents the beginning of a set of game-changing developments. It will be an efficient logistics channel of incredible length. It will represent geopolitics with a human touch, knitting together small traders and huge markets across a vast landmass. It’s already a graphic example of Eurasian integration on the go…One day, if everything happens according to plan (and according to the dreams of China’s leaders), all this will be yours – via high-speed rail, no less. The trip from China to Europe will be a two-day affair, not the 21 days of the present moment.

Eurasian Integration vs. the Empire of Chaos, TomDispatch.com, 16 December 2014

In the forthcoming age of deep and unprecedented interconnectivity, each citizen who feels the call to serve the cause of mutual understanding, peace-making process, cooperation in global problem solving and enhanced democratic participation will, as a matter of course, become a citizen diplomat (grassroots diplomacy).

International diplomacy and planetary education will be everyone’s responsibility, whether we like it or not. They will be practiced by way of cultural exchanges, social media interactions, business partnerships and crowdfunding platforms (the so-called “democratization of finance”, which can mobilize partners globally). Fashion, science, art, food and tourism, love and friendship, etc.: no less than this is what it takes to reinvent diplomacy for the 21st Century, thus bridging cultural gaps and clear misunderstandings.

In order to listen to each other and find remedies together, there must be genuine trust between us. This is what a diplomacy of world civil society is all about: an ongoing, universal conversation and mediation between communities. Professional diplomats are no doubt necessary, but crises can be prevented when people, goods, art, ideas, ideals, viewpoints, dreams, tastes freely circulate, especially now that nation-states and hierarchic relationships are losing ground.

We have to rethink the dialogue of cultures. We have to center it on the challenges of our common future. What did Marco Polo bring home from his travels to the Chinese empire? Some goods for trade, certainly. But that didn’t bring him much fortune, as he ended up jailed by the Genovese. What he brought back most importantly was a narrative and memories that are still told today. He brought many illusions, some truths, but above all, the curiosity of difference and diversity. He brought back to a capacity to look out for questions that we wouldn’t ask ourselves if we stayed in our armchairs. We have to create the conditions for a worldwide culture that will one day not replace the different cultures, but bind them together. This is happening today through the possibilities of the Internet. This is happening through the development of tourism for all and everywhere. In this time of new Silk Roads, we need new Marco Polos. We need new places to discuss, exchange, tell and hear stories. That’s why building a consensus about common values is so important. Creating a worldwide spirit cannot be only the task of those concerned with the economy. We need to support artists that can be bridges between cultures. We need to support the work of spreading ideas and building a new common history. Only then can we avoid falling into the abyss of a clash of identities or succumb to the passions of nationalism.

Dominique de Villepin, Will the Clash of Identities Consume Us?, Huffington Post, 19 August 2014

Who’s the real ambassador?
It is evident we represent American society
Noted for its etiquette, its manners and sobriety
We have followed protocol with absolute propriety
We’re Yankees to the core.

We’re the real ambassadors
Though we may appear as bores
We are diplomats in our proper hats
Our attire becomes habitual, along with all the ritual

The diplomatic corps
Has been analyzed and criticized by NBC and CBS
Senators and congressmen are so concerned they can’t recess
The State Department stands and all your coup d’etat have met success
They caused this great uproar
Who’s the real ambassador, yeah, the real ambassador?

Louis:
I’m the real ambassador.
It is evident I was sent by government to take your place
All I do is play the blues and meet the people face-to-face
I’ll explain and make it plain, I represent the human race
I don’t pretend no more.

Who’s the real ambassador?
Certain facts we can’t ignore
In my humble way I’m the USA
Though I represent the government
The government don’t represent some policies I’m for. 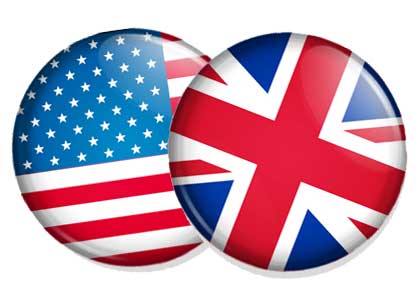