The pots speak for themselves, but the intellectual side of Lucie is sometimes overlooked.  She preferred simple ideas and simple and spare explanations provoking some to see her as a simpleton. Her eye was not the only part of her that was first class. Lucie listened well, responded with few words and with wit. When asked what she did the day the Germans entered Vienna, she replied; “I read Gone with the Wind”.  When explaining her appreciation of English society, she said “I am so grateful to Hitler”…I dropped by to see Lucie one afternoon after dining with Prof. RM Dalitz, FRS.  “Ian, you seem very pleased with yourself”.  “Perhaps so” I replied, “I have just had lunch with a physicist friend.  You have probably never met a physicist, which is a pity as all the physicists I have known have been remarkably pleasant”.  “Do you know Erwin Schrödinger?” she asked.  “Did you know him?” – to which she said “Well, I have about thirty letters from him that I did not want to destroy as I believe he was very prominent, but they are rather silly love letters”.  I gave the letters to Dick Dalitz, who gave them to the Royal Society.

Even in old age the potter Lucie Rie, slight, immaculate in white, could be dauntingly rude. I wanted to write “direct”, but this doesn’t capture her ability to speak in a way stripped back from social niceties. Years later I realise that it was a habit, shared by other Viennese émigrés, of getting to the point. She answers a writer’s request: “I do not want to be in your book. I like to make pots – but I do not like to talk about them. I would answer your questions today but they would be wrong tomorrow.” She tells students at Camberwell College that their work is hopeless and to try teapots “for discipline”. There was a divide between émigrés, those who never mentioned Vienna and those who couldn’t stop, artists who explain their lives and those who are silent. She fell into the latter category with some force.

Guests had priority over other important factors in her life.  It was stunning and surprising that learned and famous people from Japan, the USA and the Continent came to Albion Mews, as well as the less spectacular and countless visitors from all over.  Asked how she could bear with these many usurpers of her time, her reaction was: “I do not go out.  I can either become a hermit or I can learn about the world by having guests.  I chose to have guests”.

Throughout her working life, Lucie never sought to make things as cheaply as possible or to reach a mass market, knowing that there was a limit to the quantities she could produce. The pots she made were labour intensive, carefully thrown with precisely turned bases and meticulously applied glazes  They were sophisticated in both concept and making, aimed at an educated, appreciative market that was specialist rather than popular, and their relatively high prices, as far as Lucie was concerned, was a fair reflection of their value.

I find it ironic that the existential path of Lucie Rie, a very down-to-earth admirer of Austrian painter Egon Schiele and possibly one of the most talented ceramists of the twentieth century, should cross the path of Erwin Schrödinger, one of the greatest physicists of all times, as well as an all-out mystic (Quantum Mysticism: Gone but Not Forgotten, Phys.org, Jun 08, 2009), and that he, a married man and a Nobel Prize fleeing from Nazi Germany (just like her), would fall into the painful clutches of an apparently unrequited love.

Such is the stuff of Hollywood’s romantic sagas, and yet it could not have been further from Rie’s personality and lifestyle, as expressed by her art.

I suspect that she was not indifferent to the awkward (?) attempts to seduce her by this international celebrity and to his “rather silly love letters”, but she was also a dignified, restrained, quiet, humble, simple young woman.

I imagine her as controlled, disciplined and fiercely independent as her pottery, and made even more restrained by the low esteem in which female crafters/makers were held during the interwar period, as witnessed by Joseph Roth’s choice, in his 1938 novel “The Emperor’s Tomb”, to refer to a craftswoman and a ballerina as two undesirable potential daughters-in-law, but with a marked preference for the latter:

[A] craftswoman. Do you know what that is? She designs, or rather carves, in fact—crazy necklaces and rings, modern things you know, all corners, and clasps of fir. I believe she can also plait straw mats. The last time she was here she gave me a lecture, like a professor, about African art…

A hobby, a fad, not a serious, dignified occupation. Regardless of Rie enviable success right from the start, as she would win prizes and accolades across Europe, and enjoy the friendship of artists who clearly did not think of the creations displayed in her studio (a converted stable near Hyde Park) as an assemblage of lesser artistic quality.

If her pottery was undemonstrative and concise, it was presumably because she did not feel the need to prove herself to anyone:

Art theories have no meaning for me, beauty has. This is all my philosophy. I do not attempt to be original or different. Something which to describe I am not clever enough moves me to do what I do.

As quoted in “Modern Pots: Hans Coper, Lucie Rie and Their Contemporaries”, by Cyril Frankel

This is most likely why she was and remains universally appreciated by artists (e.g. Edmund de Waal and Issey Miyake), designers, collectors and amateurish bloggers like myself.

Her style is deceptively simple and straightforward. She manages to be simultaneously delicate, exquisite, refreshing, contradictory and proportionate, frail and sturdy, distinctly European modernist and yet reminiscent of the Japanese folk art Mingei movement.

She really wanted to fit in – and would serve tea and cakes to all her frequent visitors – but, at the same time, she lived evasively, like a recluse, jealous of her secrets, of her inner life and creative sparkle.

Like Schrödinger’s Cat, Rie and her artworks were in a “quantum state” and can be many things at once, depending on the observer (The Physics Behind Schrödinger’s Cat Paradox, National Geographic, 14 August 2013). 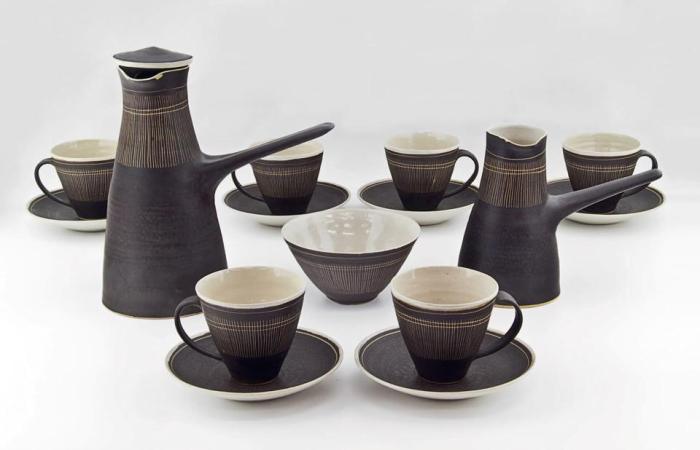 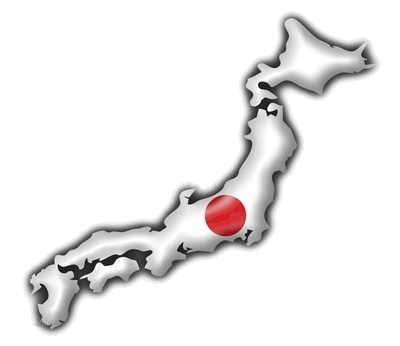